Priscilla “PJ” Justiniano was born in Dominican Republic and raised in New York City.  After graduating high school, she joined the U.S. Navy, completing several Western Pacific and Latin America deployments in support of Operation Desert Storm and Enduring Freedom. PJ’s career spanned three decades, half of those at sea, as one of the first women to serve on both non-combatant and combatant ships.  Throughout her distinguished career, she served in numerous aviation and submarine commands and served as warrior support for a Naval Special Warfare command. PJ rose quickly through the enlisted, warrant and officer ranks, optimizing her military, educational and legal training opportunities. In her final military assignment, PJ served as the Executive Officer of Naval Submarine Command, Kings Bay, Georgia.

After retiring, PJ served as an Assistant Public Defender, where she advocated for hundreds of Duval, Clay and Nassau county residents in Veterans, Adult and Juvenile Drug and Mental Health courts.

PJ then served as the Lead Attorney, for the Florida Coalition for Domestic Violence’s Injunction for Protection Attorney Project, at Micha’s Place, Inc., where she tirelessly defended the rights of domestic, dating, stalking and sexual assault survivors who sought legal protections from their abusers.

PJ now brings her talents and servant’s heart to our firm, qualified and ready to serve our clients in the Family Law practice area.

PJ is fluent in her native language, to better serve the growing Hispanic community on the First Coast.

PJ is married to ABHCM(AW/SW) Hector Justiniano, USN (Ret) and they have four children and two granddaughters. 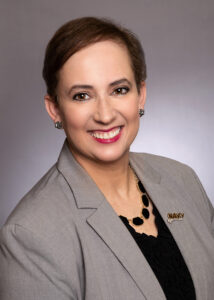