Who Gets Custody of Game Tickets?

Divorce
Who Gets Custody of Game Tickets? 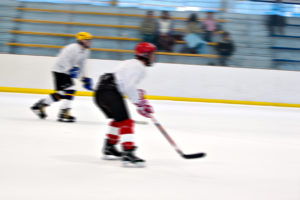 The Lighter Side of Divorce: Canadian Couple Reaches Settlement Over Custody of Season Hockey Tickets

Canadians love hockey. The national sport is taken very seriously. Nothing illustrates this as well as the battle waged by a divorcing Canadian Couple over custody of their prized season tickets. Separating after 35 years, the couple reached an agreement over spousal support, but could not reach an agreement over what to do about the tickets. A judge intervened, bringing the two-year battle to an end:

“The parties shall alternate choices for game tickets with the defendant choosing first the game for which he wants tickets, the plaintiff choosing second for her game, and the parties alternating choices thereafter until all regular season tickets have been assigned.”

The good news is that they can both continue to enjoy hockey, and they do not have to sit together during the games!

To read more about this epic battle for season hockey tickets: http://www.huffingtonpost.com/entry/canada-hockey-nhl-custody-battle-tickets_us_59cee069e4b09538b5085eec

For more information about family law, divorce, and distribution of assets in a divorce, contact the experts at Parra Harris Law: 904-900-1617