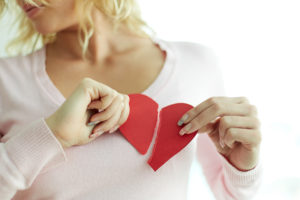 Domestic violence can take many forms. But the subtle beginnings of a violent cycle are sometimes difficult to spot until the domestic violence becomes more pronounced. One form of conditioning, currently being called “love bombing,” is a sign of a toxic relationship.

Love bombing happens when the abuser demonstrates a lot of love towards the victim IF the victim acts how they want. If the victim doesn’t, the abuser begins with a campaign of devaluation, where they withdraw all their kindness and punish the victim. The punishment can be visible, such as shouting or physical abuse, or it can be psychological, such as refusing to speak or look at the victim.

Love bombing is more likely to occur in a relationship that evolves very quickly. The relationship may go from casual one day, to very demanding of the victim’s time the next day. Social media, texting, emails, instant messages and telephone tracking tools make it easy for an abuser to keep track of a victim.

Anyone can become a victim of love bombing, which can escalate into an abusive cycle. While many generally think that victims of abuse are weak, the opposite is actually true. Someone who falls prey to love bombing can be a strong individual, who is conditioned by this type of abuse, and who rationalizes it because they are highly empathetic.

To read the article on Love Bombing visit BusinessInsider’s website.

If you need a strong advocate in your fight against domestic violence, contact the experienced attorneys at Parra Harris Law: 904-900-1617