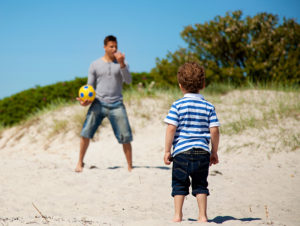 Imagine the following scenario of a couple: They divorced while their 2 young sons were in elementary school. Both parents shared 50/50 time with the children and they rotated on a week on and week off schedule.

Mom believed music was important and had the boys in music classes on her weeks.

Dad was a soccer fan. On his weeks that boys had soccer three times a week.

Each parent diminished the importance of the other parent’s chosen after school activity. Mom thought soccer was a waste of time, and failed to take her sons to games on the weeks she had the boys, and dad constantly complained that the children “didn’t want to go to music” on his weeks, even though mom was adamant that they enjoyed music on her weeks. The children were confused. They were sidelined at soccer games because they would miss whole weeks of practice out of the season. Due to lack of consistent practice, they missed every chance to participate in music recitals and competitions.

Had both parents agreed to encourage BOTH music and soccer, they could have enjoyed watching the boys progress, and they could have children who were BOTH athletic and musically inclined. And if they could consistently do only one agreed upon activity, the boys may have been able to tell them why they preferred to do one activity over the other, and they could have participated more completely in that activity and experienced more success in it.